Skip to content
BOOK A MEETING
Work smart. Do more.

LEARN MORE ABOUT CTC CONTACT US
Jan has provided us with practical, valuable advice. Working with CTC Productivity has increased my firm's overall efficiency by at least 30%. Money and time well spent!
Douglas Brown, Brown & Carlson
Our team walked away with many action items to save us time: more efficient use of emails, more effective meetings, and increased focus time through time management best practices.
Wendi Breuer, SeaChange
During a CEO peer group session, a member told us how just one tip Jan suggested could positively impact the way his entire company operated.  He said, "That right there is a multi-million dollar idea."
Tom McDougall, High Point Networks
Jan is great at listening, sorting out the problems and providing practical advice with follow-up steps. I found her coaching to be a great way to boost my personal effectiveness and that of our team.
Jim Schowalter, MN Council of Health Plans
Jan has a talent for quickly identifying strengths, weaknesses and realistic areas for improvement.
Michael Opack, Heacox, Hartman, Koshmrl, Cosgriff, & Johnson P.A.

OUR SUCCESS STORIES BOOK A MEETING

As a leader, time is your ultimate resource.

But, you’re stuck cycling through busywork.

You’re the first to arrive each morning and the last one to leave at night, but you reach the end of a long workday without checking off any meaningful tasks. There aren’t enough hours in the day to get it all done.

OUR SUCCESS STORIES BOOK A MEETING

The key to getting more hours back in your day is to work smarter. Because how you work is just as important as why you work. We help you and your organization improve the “how.”

We do this through:

LEARN MORE ABOUT OUR AREAS OF EXPERTISE 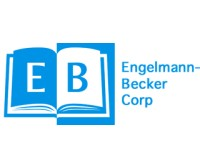 Situation:
After the firm’s Executive Administrator reached out to our team, the managing partner, Doug, hired us for coaching.
Doug is already a whiz at productivity, but he’s just one person.

Despite already being stressed for time, he does his best to help other members of the firm. He simply doesn’t have the time to do his job AND step up as a productivity coach for everyone.

What They Thought the Problem was:
Doug and the team knew that they were spending too much time on tedious tasks like emails. But their big issue was having their billable hours below their goal while everyone was still working long days.

What Had They Tried Already?

How We Worked With Them
Step one was one-on-one coaching with a handful of the attorneys, including Doug. These were the results:

The Solution
Our ability to blend our services allowed for Brown and Carlson to get individualized coaching as well as a full evaluation, and streamlining, of their workflow.

Working with CTC allowed Brown and Carlson to:

What Made This Solution Effective?
Doug fully embraced the concept of creating a culture of productivity. Instead of seeing small pockets of productivity, Brown and Carlson saw an entire overhaul of their inefficiencies.

Doug’s leadership enforced the need for change. Because of that, the entire organization’s processes were improved — permanently. They are still following the processes we put in place to this day.

Years later, during the pandemic, Doug again thanked us. All the work that went into leveraging automation and streamlining workflow allowed the firm to easily pivot to remote work when necessary.

What Were Their Biggest Successes?

“We hired Jan Lehman to assess the workflow across our organization, as well as with each of our lawyers independently. Our ultimate goal was to reduce stress levels and increase productivity. The project is still in process, and I already see improvements in overall efficiencies and job satisfaction. I do not doubt that the changes we are making will directly impact our billable hours. Jan has provided us with practical, valuable advice. Having an outsider with a fresh perspective has helped us understand how we can better manage our time and tools (i.e., email, software). Her ideas will help us expedite the onboarding of new team members while also supporting the development and retention of high performing employees. I highly recommend Jan and CTC Productivity. Money and time well spent!”

The Situation
CEO Wendi Breuer saw Jan speak and immediately knew her strategies and tactics were what SeaChange needed to evolve into the highly effective organization she was striving for.

What They Thought Their Problem Was
For Wendi, her biggest problem was an obligation to work longer and longer hours, often late into the night, regularly. She knew that it had to stop for her to be an effective leader and find balance in her life.

What Had They Already Tried?

How We Worked With Them
We spent a half-day with the entire team in a one-time training session.

The Solution
Leaders, like Wendi, aren’t always aware of how much inefficiency there is in the way that they work. They find what works for them and keep doing it. Wendi’s team was extremely responsive to CTC, offering simple but powerful ideas around making changes to the way they worked together.

We not only provided ideas on how to increase their personal productivity, but we also showed them how to work more effectively as a team.

What made this solution effective?
Wendi was the spark that made all the difference in their success.

She is a phenomenal leader and was quick to embrace building a culture of productivity with her team. She realized that change needed to start with her.

As a Result of Her Leadership, and With Our Guidance:

To reinforce the message and importance of this new way of working, they have these six tips branded on mousepads in their company colors and have built their productivity habits directly into their company values.

“Jan Lehman is a phenomenal speaker and efficiency enthusiast. Our team walked away with many action items we are already implementing to save us time through more efficient use of emails, more effective meetings and increased focus time through time management best practices.” — Wendi Breuer, CEO SeaChange

Challenge:
Like many situations, we were brought in because the company’s owner felt overwhelmed; he needed to be more organized. Often it feels like our clients aren’t exactly sure what to ask us to help with, they just know they need help because they are drowning in work.

Solution:
Together we worked on revamping his physical space so that it accommodated his personal needs better, and we also worked on his personal workflow and the way he interacted with his team. Many felt he was not the best communicator and so we worked on helping him see ways where he could make very small changes to help make his employees feel more empowered, respected and supported.

Results:
“The owner of our company hired Jan Lehman to work on his personal organization and work flow. Now not only is he less overwhelmed and more in control of his environment, but many of us throughout the organization are seeing the positive benefits as well. Jan helped him understand how his personal style was impacting the productivity of others. He is now more structured and aware of the importance of how he interacts with us. The end result – increased productivity and job satisfaction throughout the organization. The trickle-down effect Jan’s work has had on our company has been amazing!”

“I was very impressed by the level of sophistication and insight that Jan provided me about how to improve my organization.”

Be a more effective leader. Work with our team.

Truly effective, efficient, and extraordinary leaders lead by example. We’ve been working with corporate leaders and their organizations for over 20 years. In that time, we pinpointed the three most common variables that stand in the way of organizations achieving their full potential:

to create systems that are easy to implement and flexible to fit individual styles. Not only will you see a significant increase in productivity, but your team will be happier and more engaged.